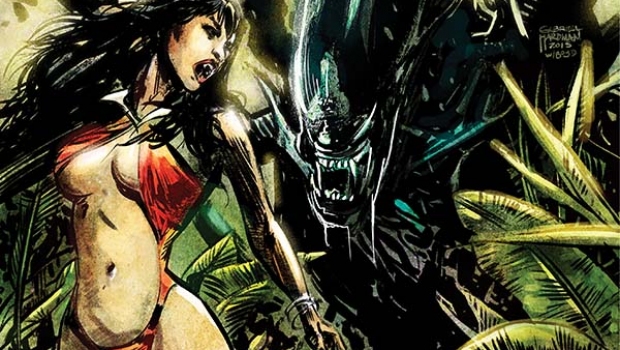 Dynamite Ent. have provided C4S with a preview to Aliens / Vampirella #4, coming to stores December 2, 2015.

The action intensifies as Vampirella discovers an unlikely ally, but is it already too late to save the human Martian colony? With a supply ship ready to dock and the alien threat growing, Vampirella fears that even the Earth is in
danger.