C4S with a preview to Preview: Aliens vs Vampirella #6 (of 6) – Comics for Sinners
Previews 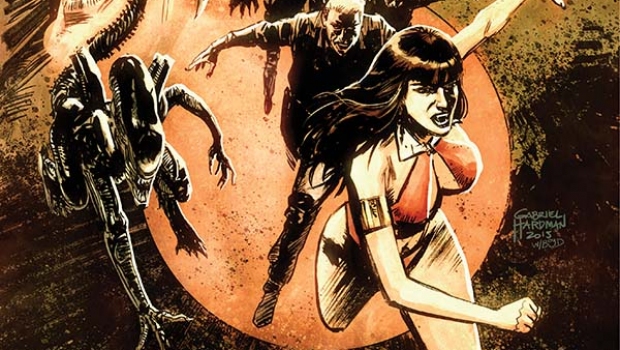 Dynamite Entertainment has provided C4S with a preview to Aliens vs Vampirella #6, available this Wednesday, February 10th 2016.

Can Vampirella convince the resurrected Nosferatu to unite with humanity against a common foe? Can even Vampirella survive an encounter with a Xenomorph Queen/Vampire hybrid? The fate of every person left on Mars, both living and undead, hangs in the balance!