C4S with a preview to their Preview: All New Fathom #7 – Comics for Sinners
Previews 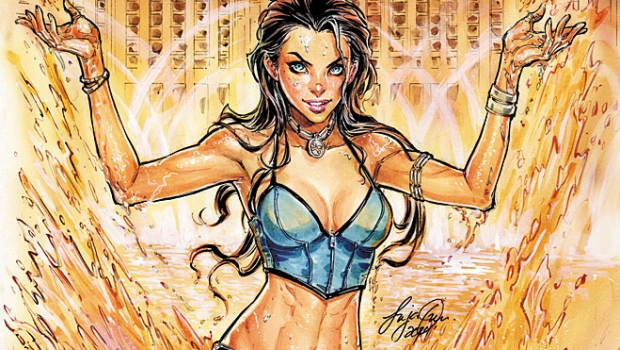 As the Blue capitol city of Muria lies in turmoil, Aspen, Chance and Killian must form an alliance in an effort to undo the incredible damage that Vana has wrought against the world’s oceans. However, as life above and below the surface continues to suffer as the water temperature drops, is it already too late? Meanwhile, as her plan nears fruition, Vana unleashes her most deadly weapon of all!

Writer David Wohl, artist Alex Konat and colorist Beth Sotelo team up once again to bring you the latest adventures of Michael Turner’s most beloved creation!