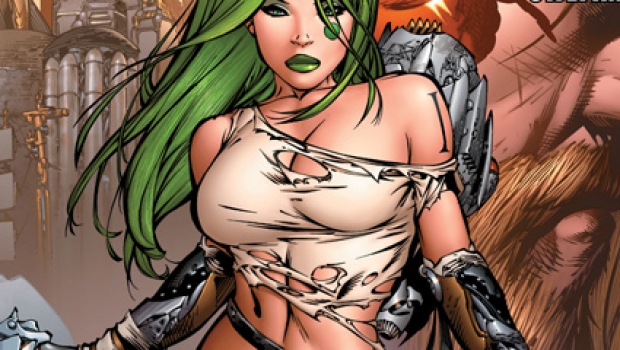 Image Comics has provided C4S with a preview to Aphrodite IX #3, in stores Wednesday July 17, 2013.

Aphrodite IX was created for a purpose, but she does not know what it is. Torn between two factions in a hostile, new world, she’s forced to choose sides in a war that she wants no part in.