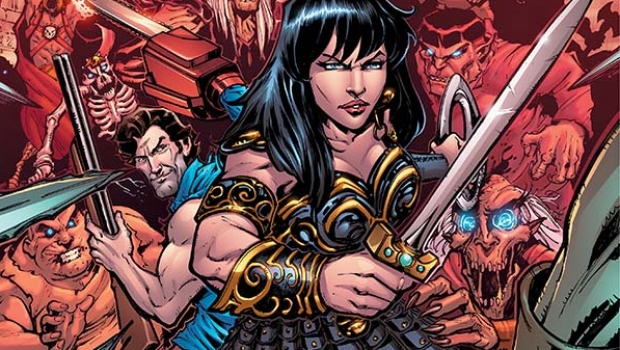 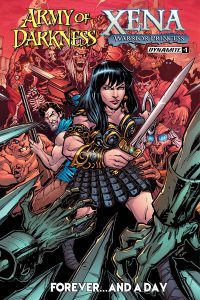 Dynamite Entertainment has provided C4S with a preview to Army of Darkness / Xena #1, coming to stores October 5, 2016.

You’re Xena the Warrior Princess and your thousand strong army has fallen to an implacable and ancient evil. What do you do? You suck it up and summon the only ally who stands any hope at all of helping you prevent the end of the world. Unfortunately, that lone man is the wise ass, ass kicking, time traveling, woman kissing, boom sticker known as Ash!

“An epic tale of horror, time travel, friendships that last a century, action, and comedy all wrapped into a big-ass honking story that stars both characters front row and center!” – Scott Lobdell