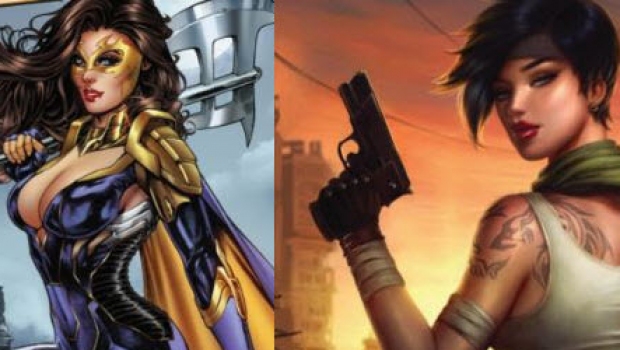 Preview: Belle: Dead of Winter & The Courier: Liberty and Death #1

Zenescope Entertainment has provided C4s with a preview to Belle: Dead of Winter & The Courier: Liberty and Death #1, coming to stores Jan 20, 2021.

A sinister winter storm is descending upon Philadelphia. Will Belle be ready to weather what is coming her way, or will the icy grip of death add one more to its ever-growing ranks?

The Courier: Liberty and Death #1

When Eve returns to Liberty — the stronghold where she was raised — she reconnects with her brother who works for a ruthless gang leader named Gillings. And when old debts are asked to be paid in the form of murder, Eve must find a way to save not only her brother, but her soul.