C4S with a preview to Preview: Bettie Page #6 - Comics for Sinners
Previews 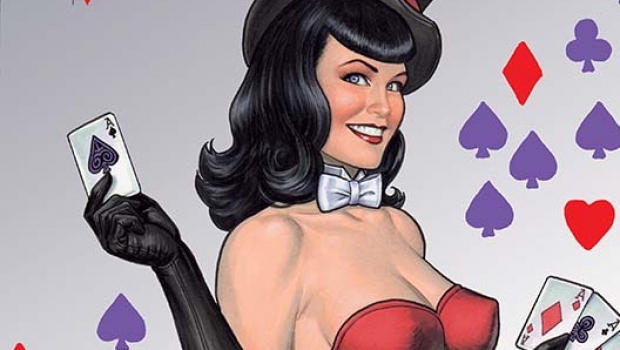 Dynamite Entertainment has provided C4S with a preview to Bettie Page #6, coming to stores December 20, 2017.

Invasion of the Space Commies isn’t up for the Grand Prix, but that won’t keep our plucky heroine from chasing spies on the French Riviera!

David Avallone and Esau Figueroa take you back to 1952, in the next installment of the Secret Diary of Bettie Page.