C4S with a preview to Preview: Bettie Page #7 - Comics for Sinners
Previews 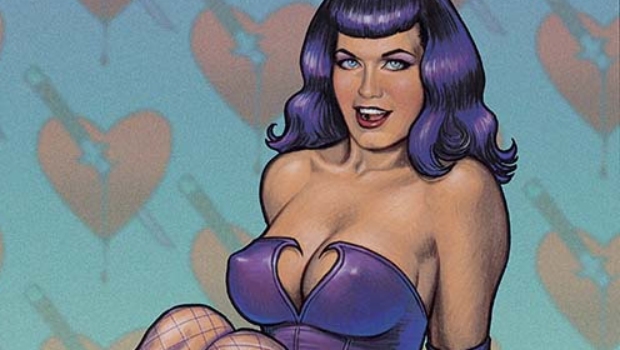 Dynamite Entertainment has provided C4S with a preview to Bettie Page #7, coming to stores January 24, 2018.

Bettie’s trip to the Cannes Film Festival turns the Cold War hot…as the KGB tries to put the “red” in “red carpet.” Bettie has to save the glitterati from the obliteratti, (not really a word), in the latest Deluxe Space Age Mid Century Modern Entertainment from David Avallone and Esau Figueroa.