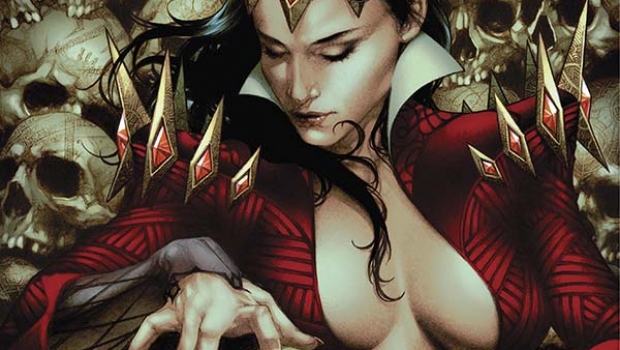 Desperate to prevent a war, the lands call together a Council of Kings (and we know that didn’t go well last time). Meanwhile, Jon Hunter and Sir Ferenc investigate a murder in the castle, the trail of which leads to a new conspiracy. As the conflicts escalate, Elizabeth leads Helena and Sara on a mission to uncover the secret of the burning fields. This leads her to a startling revelation and the specter of a new threat rising. And when she’s confronted with a harsh reality, how far will Elizabeth go in the name of blood and magic?

Dynamite’s latest fantasy epic is building to a fever pitch in “Reign in Blood”!