C4S with a preview to Charismagic..." /> Preview: Charismagic: The Death Princess #3 – Comics for Sinners
Previews 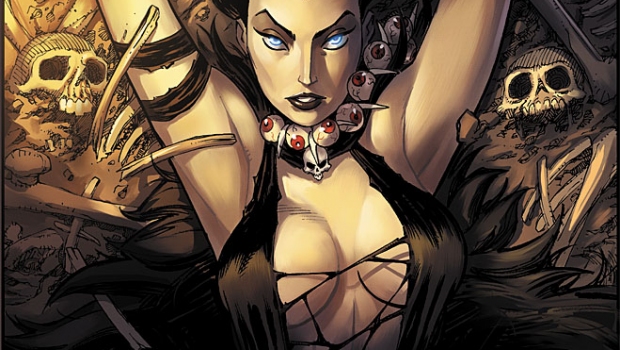 Aspen Comcis has provided C4S with a preview to Charismagic: The Death Princess #3, in stores August 14, 2013.

The final battle for Earth will decide the fate of not only all magical beings, but also mankind as well! The powerful Kon and his collective group
of magical entities wage war on Orlana and her thundering army, as they must defeat the Death Princess at all costs, or risk losing everything!

Created and written by Aspen¹s own Vince Hernandez, with stunning art by Emilio Lopez and Jocelyn Dunn, don¹t miss out on the final issue of CHARISMAGIC: THE DEATH PRINCESS!