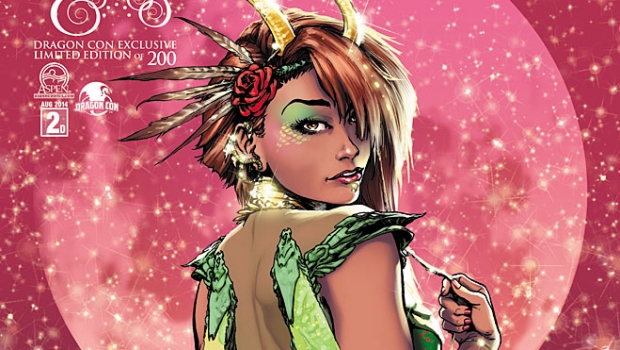 Aspen Comics has provided C4S with preview images and associated covers for Damsels in Excess #2,in stores August 27th, 2014.

As the remaining ladies turn on Bethany following the reveal of the men’s final wish, the princess finds herself alone in the Five Realms with everyone out to murder her. Yet, not all citizens—and rulers—of the Five believe in following the pleas of a dying gender, as she will discover. However, first, she must find a way to escape Crossman’s Hall before Barra’s soldiers can end her reign—and her life!