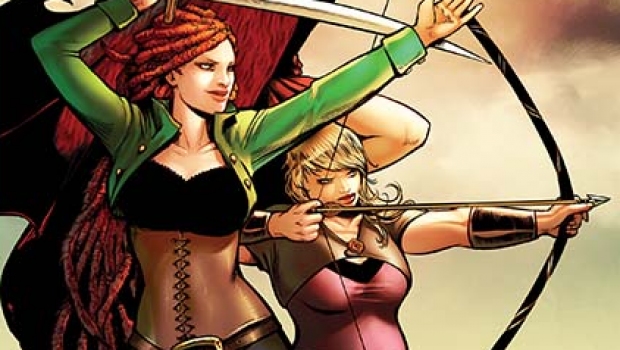 Dynamite Entertainment has provided C4S with a preview to the fantasy-crossover Damsels Vol. 2 TP, coming to stores November 22, 2017.

Weeks have passed since the defeat of the witch Belladonna, yet “Happily Ever After” is still out of reach for Rapa, the once-and-future Queen Rapunzel. The wandering adventurer chafes in the trappings of her royal station, her heart yearning to once again roam the roads and wilderness of her magical world. However, her path is not at all safe… for the witches Gothel and Carabosse have formed a new black coven, and are amassing a new army of the wicked!