C4S with a preview to Preview: Dawn/Vampirella #3 – Comics for Sinners
Previews 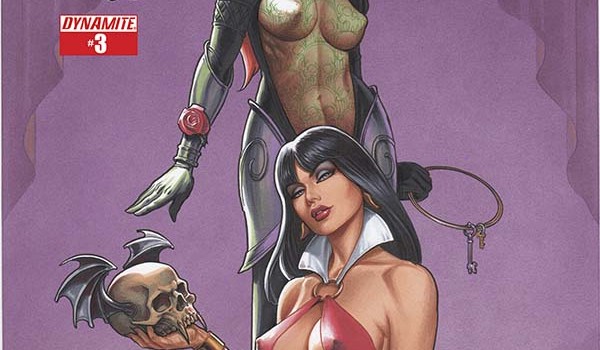 Dynamite Entertainment has provided C4S with a preview to Dawn/Vampirella #3, in stores on 02/18/2015.

Dawn and Vampirella start to understand that all the world is a stage as they tell stories while plotting their escape from the demon Masodik.

Dawn tells the tale of a young girl who trades her innocence for a greater understanding of the cosmos, and Vampirella tells the story of a girl from a planet where the rivers run red with blood. 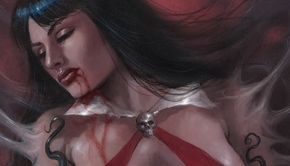