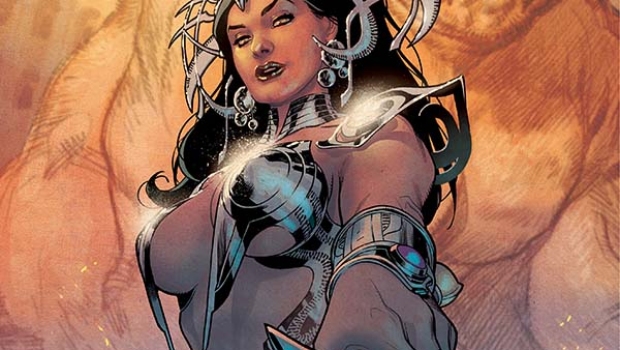 Dynamite Entertainment has provided C4S with a preview to Dejah Thoris #2, coming to stores March 7, 2018.

Dejah Thoris is on a secret mission to save her planet, but first she and the battle scarred Red Martian warrior Sajad Surma must keep the scientific team ALIVE as they trek through dangerous deserts of Barsoom. The Princess of Mars learns some hard leadership lessons after a deadly encounter with a white ape.