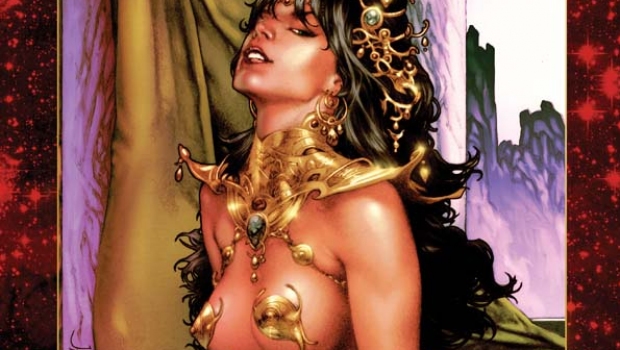 Preview: Dejah Thoris And The Green Men Of Mars #5 (Of 8)

Dynamite Entertainment has provided C4S with a preview to Dejah Thoris And The Green Men Of Mars #5, in stores August 14, 2013.

To keep the peace, Dejah Thoris must keep a dreadful secret – the inhuman acts she witnessed and endured at the hands of outlaw Tharks. To reveal such horror would break the alliances that John Carter forged, pitting all of Mars in a race war. But the price of her secrecy grants the brutal Cult of Hok free reign to launch a terror campaign of their own!