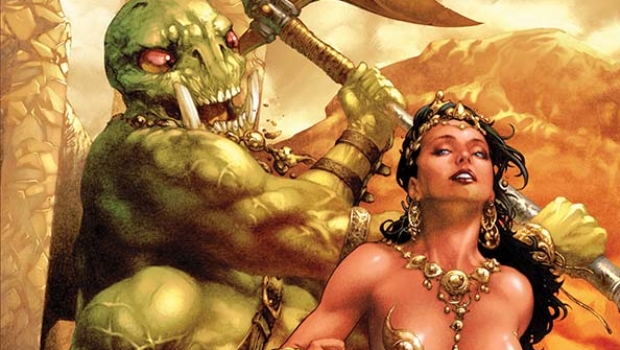 Dynamite Entertainment has provided C4S with a preview to Dejah Thoris and The Green Men of Mars Omnibus TP , coming to stores October 9, 2019.

Dejah Thoris and The Green Men of Mars Omnibus TP

The peace John Carter brought to Helium and Thark is new and fragile. On the eve of a Red & Green festival to balm age-old hatreds, Dejah Thoris is kidnapped. The ordeal triggers her lingering nightmares of abuse and helplessness at the hands of brutal Tharks. And the kidnapper is nightmare personified: Voro. He caters to a taste some green men never lost: the red meat of Helium women.