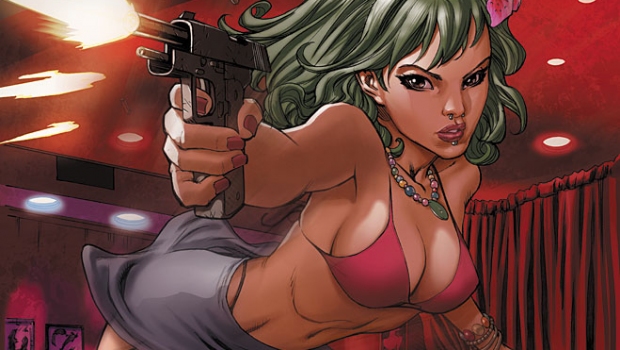 Aspen Comics has provided C4S with a preview to Executive Assistant: Assassins #10, in stores May 8th, 2013.

Can anyone hope to survive the final Extinction?

It is life or death for Executive Assistants Lily, Ivy and Aster as they attempt to fight their way out of an ambush at the hands of the traitor within their group! Mazutsu¹s army of soldiers, led by Rose, have them surrounded, stacking the odds further against their favor!

The pulse-pounding crossover ³Executive Extinction² reaches its bloody conclusion within the pages of Assassins, and no Executive Assistant is guaranteed to survive!