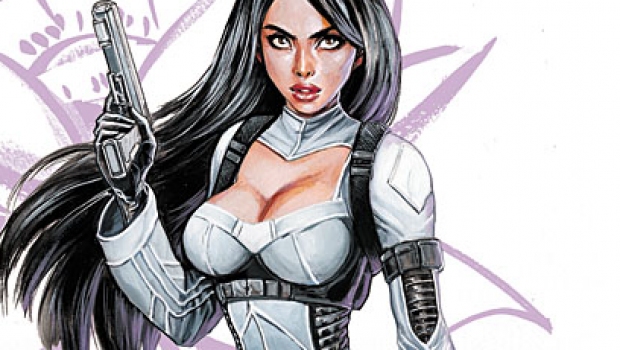 Aspen Comics has provided C4S with a preview to Executive Assistant: Assassins #11, out today on May 29th, 2013.

Explore the creation of a master assassin and the tragic past of Executive Assistant Lotus in ³Bloodline², the origin of one of the EA Universe¹s most popular‹and deadly–heroines. As a child raised in India, Rani (Lotus) was continually teased amongst her peers for her vulnerability and proclivity towards technology and science. However, following a horrific turn of events that shatters her existence at its core, Rani must choose to grow up fast, and to rely on her survival instincts and technical expertise in order to survive‹or die!