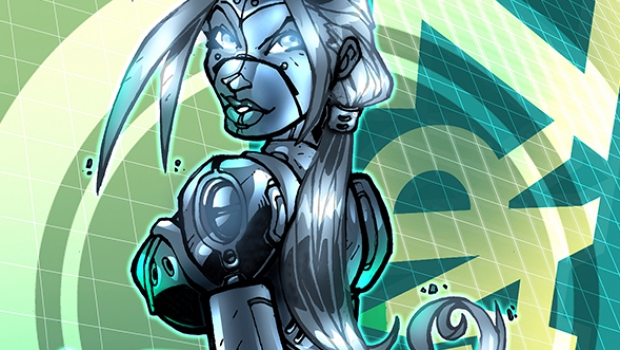 From the creator of the 10th Muse comes the newest female group of unlikely heroes. Lonely high-schooler Karen Chugg just wanted a dog. Instead, she got three of the most powerful, deadliest, and hippest robot bodyguards to hit the sleepy town of Westville. The good news? Karen’s three robots quickly become her best friends. The bad news? Someone very high up, Oval Office high up, wants those robots back. And he won’t stop at anything. Can an ordinary, if slightly unpopular, teen survive killer robots, super-powered school custodians, snotty classmates, chemically boosted monsters, and hooded assassins while staying on track to become class valedictorian? Karen Miller’s about to find out. In this special edition, find images and pages never before seen!