C4S with a preview to Preview: GFT Presents No Tomorrow #4 of 5 - Comics for Sinners
Previews 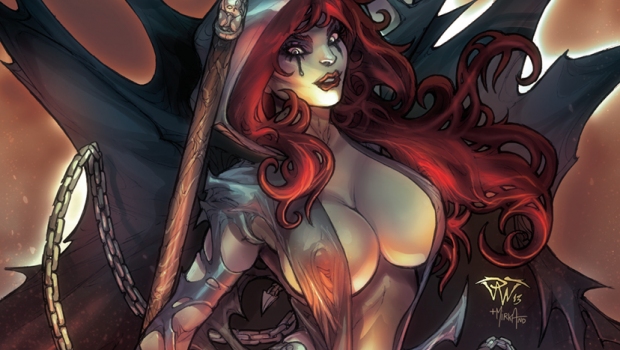 Preview: GFT Presents No Tomorrow #4 of 5

Zenescope Entertainment has provided C4S with a preview to Grimm Fairy Tales presents No Tomorrow 4 of 5, on sale Dec 11, 2013.

With the help of a university professor, Patrick uncovers the origin of Keres and what part he may be destined to play in her downfall. But will that knowledge be enough to stop the goddess of death gone mad?