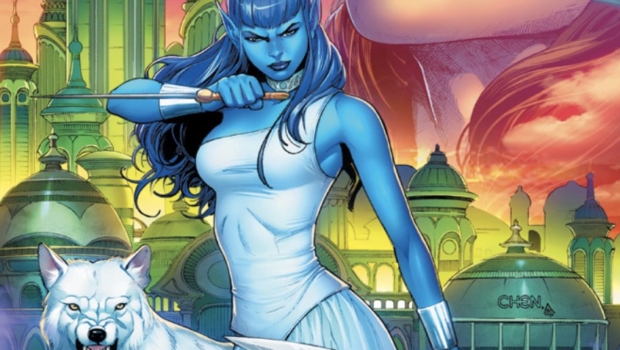 Zenescope has provided C4S with a preview to Gretel #3 & Oz: Heart of Magic #2, coming to stores 05/22/19, wherever quality comics are sold… or pre-ordered 🙂

Samuel and Gretel have parted ways to gather information about Tituba’s apocalyptic plans, but a mysterious girl, armed to the teeth with military-grade weapons, is in hot pursuit of Gretel.

Unexpected enemies and a revelation that could possibly rock Gretel to her core will be uncovered in the heart-stopping issue.

Dorothy is still on the run through the Lost Lands of Oz, looking for allies in her desperate plan to take the Emerald City back from the mad Wizard. She finally gets a lead on the missing Adraste and Glinda, but she’s making more enemies than friends along the way and the Wizard has allies of his own.