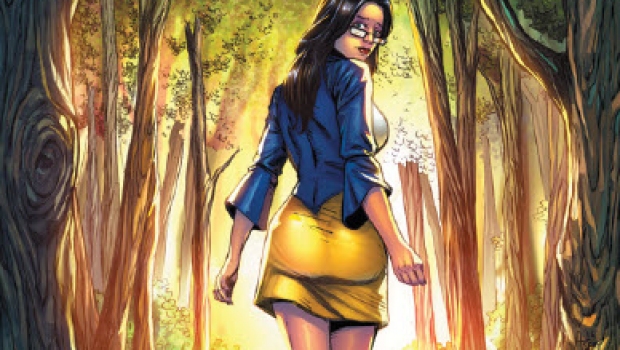 Welcome to the final issue of GRIMM FAIRY TALES, one of the longest-running indie comics currently being published. The first issue came out eleven years ago, back in 2005 when Zenescope was just getting started. Now, as the characters face the greatest threat in the title’s history, this historic run comes to its long-awaited climax.

Written by Pat Shand, colored by Erick Arciniega, and lettered by Taylor Esposito, this issue features the return of original Arcane Acre artist Andrea Meloni, as well as vignettes by some of Zenescope’s most popular creators.

This 60-page, triple-sized issue also brings the two-year long Arcane Acre storyline to its close, so go and check your back issues.