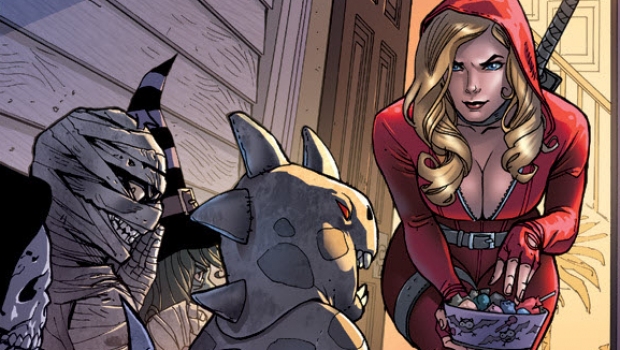 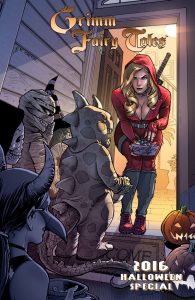 Zenescope has send over a preview to Grimm Fairy Tales Holiday Edition 2016, out in stores just in time for Halloween, at Oct 12, 2016. Get it already!

It’s that time of the year again when everyone dresses up as their favorite monster and people gather together to frighten each other with scary stories. And your favorite heroes from Grimm Fairy Tales love to enjoy Halloween as much as anyone else. Join Robyn, Avril, Britney,
and Liesel as they gather to see who can tell the scariest tale.