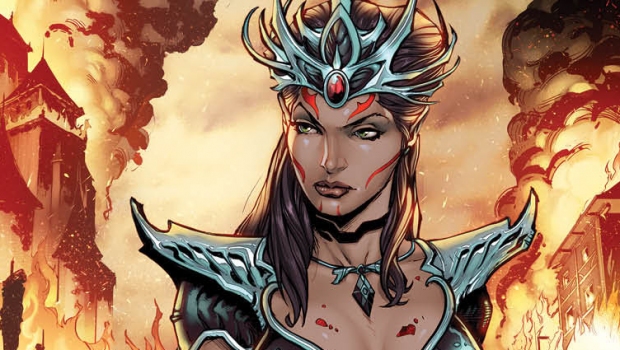 For centuries evil forces have sought to take control of the realms of power and thus rule the nexus that connects them—Earth. The Dark One and his Horde, The Order of Tarot, and Merlin and his evil Knights have all been defeated by the Earth’s Guardian, heroes, and the Realm Knights who protect Neverland, Oz, Wonderland, and Myst. But from the ashes of those sects rises a new threat, one that is more deadly than all of them combined! The Dark Princess has come to the realms of power, and unlike those who came before her, she will not fail.