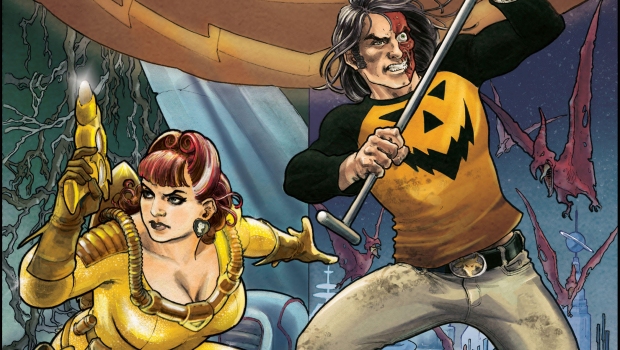 Celebrate Halloween with the hero who bares it’s name, Solomon Hitch, the Halloween Man. Bashing monsters with his weirdo friends hasn’t slowed this horrorpunk hero as this October marks the 15th year of this cult favorite. It’s the perfect time to check out the comic for yourself. But don’t just believe us, believe the critics!

“Unique”–The Fellowship of the Geeks!

“A fitting comic to read in the middle of this Halloween season, and recommended to cult comic geeks and fans of old school films.” –Drew McCabe, Comicattack.net

“Grade A+! Check it out! What are you waiting for?”–JR LeMar, IBLOGALOT.com