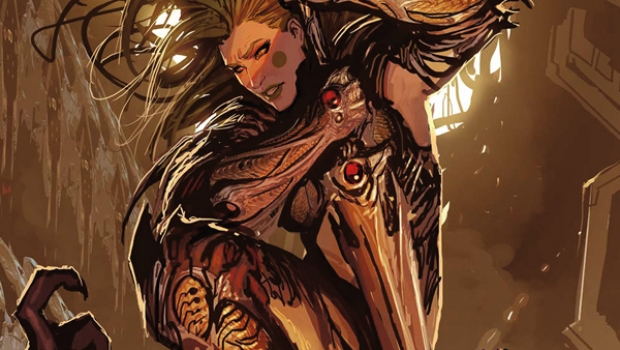 Courtesy of Top Cow, IXth Generation #2 is in stores 2/18 2015 with story by Matt Hawkins and art by Stjepan Sejic.

Aphrodite IX has the Witchblade and several other Artifacts have also appeared destroying the delicately balanced utopia.
Who is wielding the Darkness and why is it so Hellbent on killing all of the IX’s?