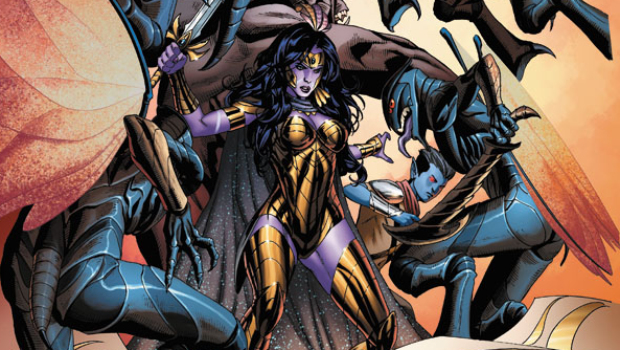 J.T. Krul – Story / Michael Santamaria, Elias Pineda, Mauricio Campetella – Art / John Starr – Colors / Micah Myers — Letters
Aspen’s popular fantasy adventure series, JIRNI, continues its epic third volume!
Ara takes to the skies once again in her airship, soaring higher than ever in the hopes of reaching the realm of the D’jinn, but danger lurksall around her. Meanwhile, Torinthal reveals his true purpose in capturing Luna and the other D’jinn, and it could spell doom for them and all the D’jinn – in this world and beyond.
Created by New York Times Best-Selling author J.T. Krul (Michael Turner’s Soulfire, Green Arrow) with art by newcomer Michael Santamaria,this next exciting chapter of Jirni will once again return readers to a land of untapped wonder!