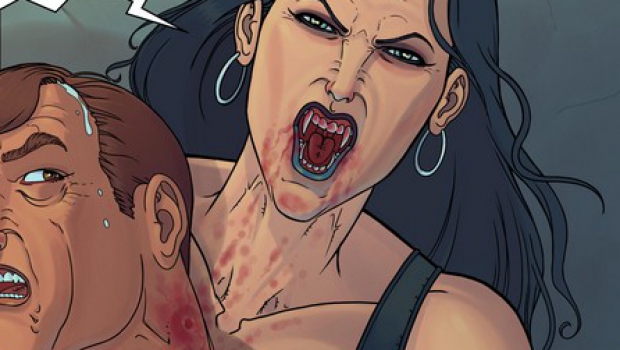 This one shot starts off intense as Karl is bitten by a vampire named Tatianna. Then we cut back to Karl’s office where he’s planning to find the vampire that bit him and kill her so he can revert to human form. But then his son arrives and he goes to let Keith in, but he’s transforming. Turning into a vampire himself! Keith hasn’t talked to his father in two years, not since Karl told his class on career day that he was going to quit his job and hunt vampires. But now, Keith wants to reconnect with his Dad, only Karl can’t let the boy in while he’s transforming. A lost opportunity during the holidays. Can Karl destroy the creature and prevent his own transformation?