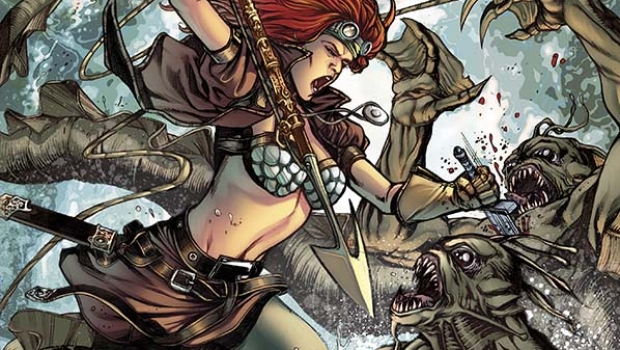 Dynamite Entertainment has provided C4S with a preview to Legenderry: Red Sonja #2, in stores next week 3/18 2015.

After the shocking reveal last issue, Red Sonja teams up with the strangest and most-unexpected of partners! As Red races against time to stop the rise of an unstoppable army, the action goes from the streets of the Big City to the high seas! Is everyone’s favorite red-headed pirate/swordswoman finally in over her head? And if you thought last issue ended with a “WTF?” moment, well, you ain’t seen nuthin’ yet!