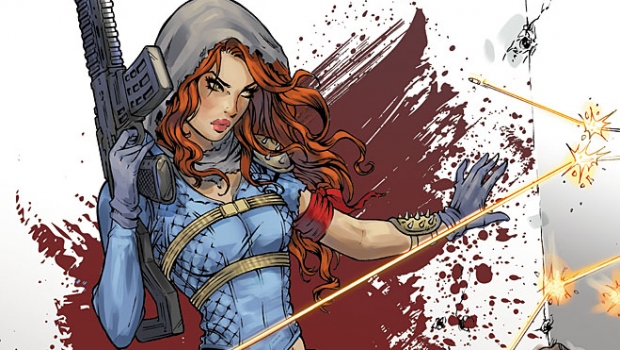 Aspen Comics has provided C4S with a preview to the The final issue of Lola XOXO: Wasteland Madam #4, available this Wednesday, February 10th 2016.

The action-packed climactic ending sees Madeline fighting for the survival of not only her group of rebels, but also any hope for a future! As the battle for the airport surges to its bloodiest apex, the Wasteland Madam must make a critical choice of whether love is more important than survival—and no matter what choice she makes, someone will pay the price!