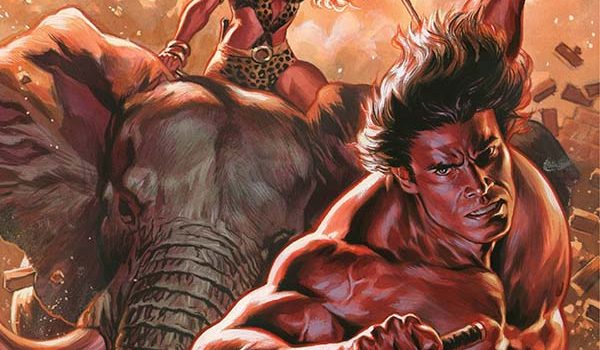 Preview: Lords Of The Jungle #5

Dynamite Entertainment has provided C4S with a preview to Lords Of The Jungle #5, coming to stores July 20, 2016.

Lords Of The Jungle #5

With the scope of the plot behind Jane’s kidnapping laid bare, Tarzan and Sheena are faced with something even more sinister: the possibility that no timeline is safe from the depredations of an apocalyptic cult! But with few resources and even fewer friends, can they wrest their fates and the future of their homes from the hands of Laine and her power mad cronies?