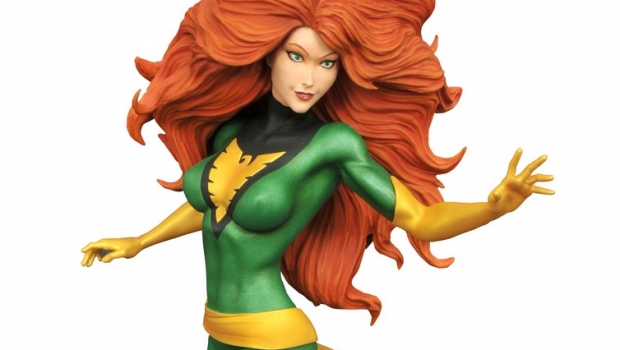 A Diamond Select Toys Release which showcases the Phoenix as she rises!

The popular Marvel Gallery line of PVC dioramas continues with the first member of the Uncanny X-Men, the telepathic/telekinetic host of the Phoenix Force, Jean Grey!