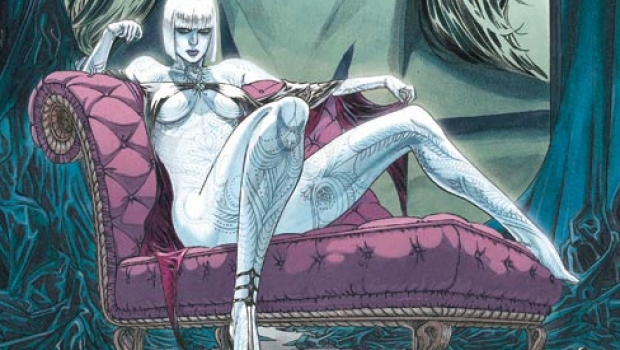 On Wednesday August 3rd 2016, Titan Comics will release the first volume in their Monika series in comic book stores. This 56 page short graphic novel is the first in a two-part thriller series.

Desperately seeking her missing sister, the beautiful visual artist Monika follows a lead that takes her deep into the murky underworld of anonymous, and decadent, masked balls. Intoxicated by the power and mysteries surrounding her, she learns that the path to knowledge can be strewn with dangers never before imagined…