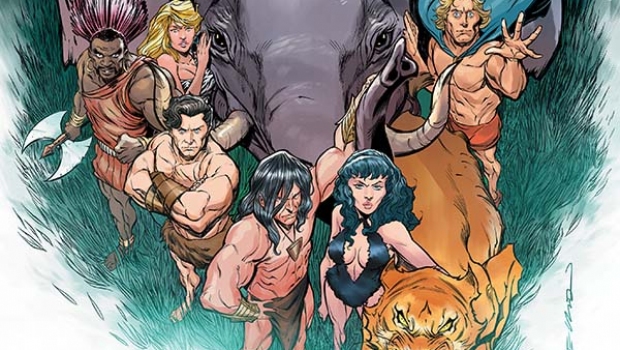 Dynamite Entertainment has provided C4S with a preview to the fantasy-crossover Pathfinder: Worldscape #6 in which Pathfinder crosses over with Red Sonja, Thun’da, John Carter, Tarzan and more, coming to stores April 4, 2017.