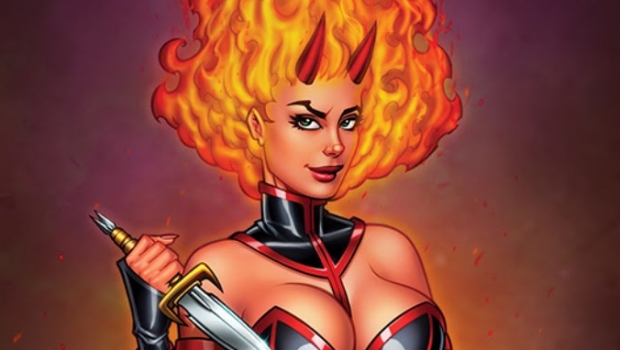 The Four Horsemen have been released upon the Earth and souls are vanishing. Heaven, Hell and Las Vegas will never be the same!

Penny for Your Soul follows the grand-daughter of Lucifer himself, and her bid to claim the souls of mankind for herself, rather than allow them to join the armies of Heaven or Hell. Danica has set up a hotel and casino in Las Vegas and offers to buy her patrons soul for ten thousand dollars! Most belive it’s simply a marketing gimmick and are quick to cash in, while others are concerned with what happens to their soul when they die. The answer? They return to the Babylon Hotel and work for Danica… for Eternity.

Danica has raided Purgatory for anyone anything that may be valuable to her cause. Souls of all kinds are stuck there having not lived a life quite of worth to get them to either Heaven or Hell. Others found themselves there from deals struck thousands of years ago. That’s why Danica found Mary Magdalene in Purgatory.

This new series picks up where volume 3 left off, but have no worries. Writer Tom Hutchinson always writes these volumes with new readers in mind. Readers will catch up quickly with this first issue of what will be a 7 issue series.