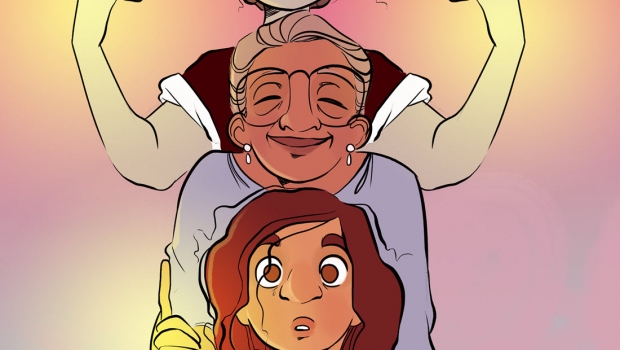 Fanbase Press will soon be releasing the third issue of the bilingual comic book series, Quince.

Quince is a 15-issue digital comic book series that follows a year in the life of Lupe, a 15-year-old girl who discovers that her quinceañera brings with it a super cool party . . . and superpowers. Her quince powers only last as long as she’s fifteen, so over the course of this rollercoaster year, we follow the adventures of Lupe as she figures out what it really means to be a hero.   In Issue #3, Lupe discovers the secret of her superpowers from a most unlikely source: her abuela – who has a secret of her own…