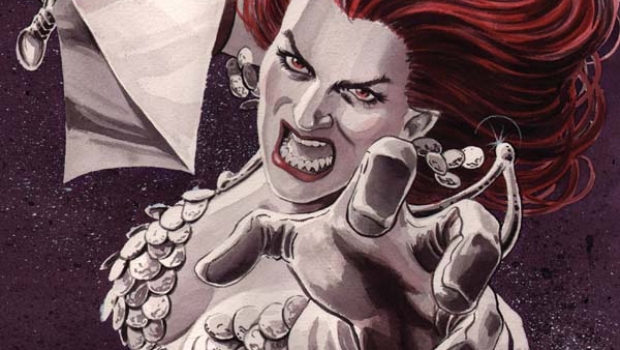 Dynamite Entertainment has provided C4S with a preview to Red Sonja #2, in stores August 14, 2013.

Placed in an unwinnable war against an implacable foe, Sonja is forced to do an inconceivable move that will cost her like no previous battle ever has! The thrilling re-imagining of the greatest female sword and sorcery hero ever created continues…do not miss this jaw-dropping issue!