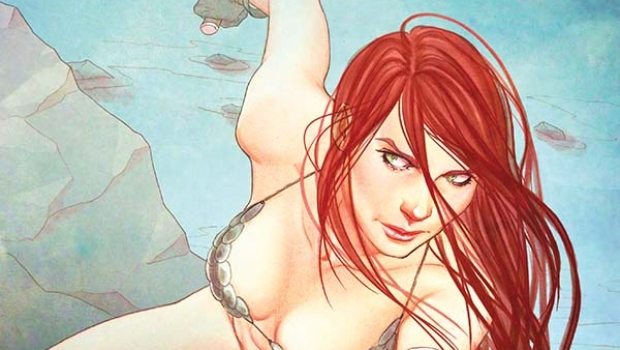 The She-Devil continues her quest to find and capture the greatest artisans of the Hyborian Age, with hundreds of lives in the balance. In this saucy issue, she is on the trail of the land’s greatest (and most dangerous) courtesan, in a world she has never before experienced!

The epic run by Gail Simone and Walter Geovani continues!