C4S with a preview to Preview: Red Sonja Vol. 3 #1 - Comics for Sinners
Previews 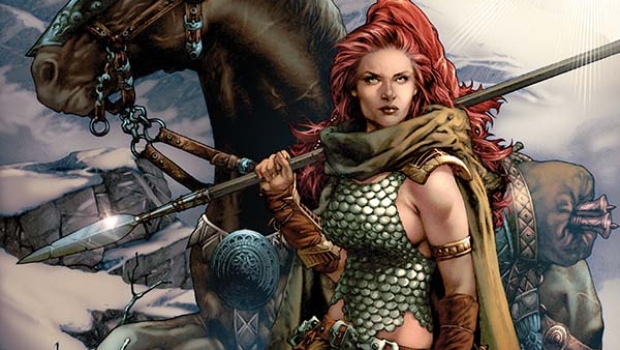 Through the plains of Hyrkania, a message sweeps through the scattered peoples of the nation. Bells ring, horns blow, voices shout – the King is dying!

Red Sonja rides to save the King from his doom as the powers of Hyboria crowd around to strike when the kingdom is weakest. But a dread new power rises from within Hyrkania’s own borders, bent on defending its homeland – no matter the cost, no matter what its people become.

A defining chapter of the Red Sonja saga – dark, clever, vicious, and funny – as the She-Devil with a Sword must stop the rise of a brutal new regime… her own people!