C4S with a preview to Preview: Rex Royd – The Complete Collection - Comics for Sinners
Previews 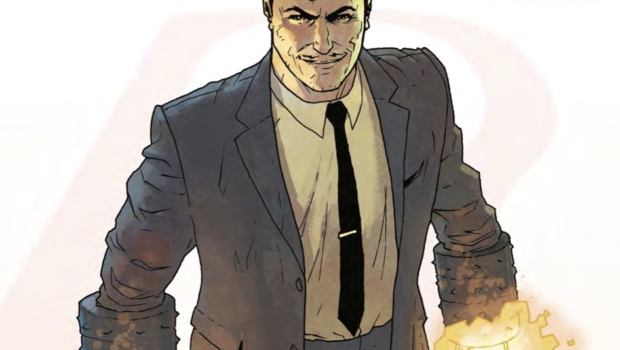 Titan Comics has provided C4S with a preview to Rex Royd – The Complete Collection, coming to stores September 19, 2018. 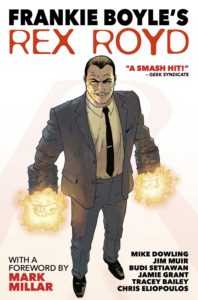 From an interview with Frankie Boyle: “I wanted to try to do something that came from the heart. The state-of-the-art in comics always seemed a bit linear and it seems so unambitious. I wanted to do different sections from an overall story you didn’t see all of. I just f****** love comics and I’m keen to develop the whole thing in the least comic book way possible! Rex is complex, but you don’t necessarily need to follow everything. I’m not asking the reader to work as much as have an open mind.”

Each Rex Royd chapter takes us further into the vivid imagination of stand-up comedian and writer, Frankie Boyle – backed up by stunning, stylish art by Mike Dowling and Budi Setiawan. The action takes place at RexCorp, a corporation where violence is the day job. RexCorp is headed up by superscientist CEO Rex Royd, indestructible Alan Black, and Eve. How will they cope against the incalculable power of the extraterrestrial Proteoman? All this plus memory implants, drug-addicted schizophrenics, sex-travelling aliens, Thunder God suicides – and more. 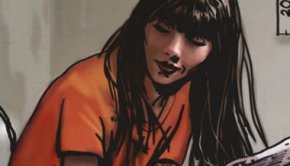