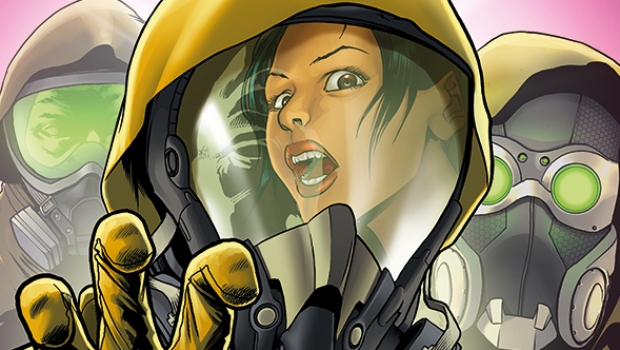 On November 26 sees the release of the last issue of hit horror/grindhouse series, SALLY OF THE WASTELAND #5 by X-Men writer Victor Gischler and artist Tazio Bettin!

Titan Comics showed C4S a sneak peek at some of the fantastic interior art by Tazio Bettin.

Sally Of The Wasteland #5

SHE’S A BADASS BEAUTY WITH MAYHEM ON HER MIND!

Get ready for thrills, chills and overkills as Victor Gischler (X-Men, Angel & Faith, Noir) and Tazio Bettin’s post-apocalyptic princess comes to the end of her neo-American odyssey.

Secret societies, spooky scientists and shuddery scenarios abound as Sally’s Wasteland crusade reaches its epic conclusion, but what does this mean for our butt-kicking heroine? Will she save the world and bag the dude of her dreams to boot? Find out all and more in this nail-biting final issue!