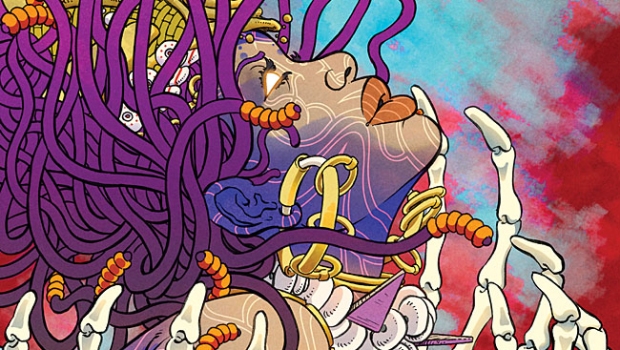 Aspen Comics provided C4S with a preview to Santeria: The Goddess Kiss #4, in stores August 30th, 2017.

The jaw dropping penultimate chapter of the pulse-pounding first volume sees Naomi faced with confronting the true forces of evil unlike anything she’s ever encountered-with not only the fate of her existence at stake-but perhaps all of humanity’s future as well!