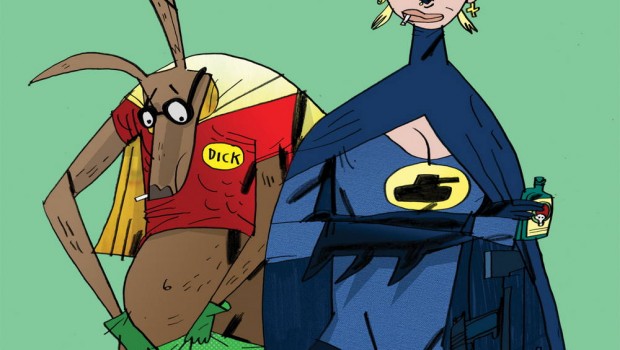 Synopsis:
Tank Girl VS. Anti Tank Girl, for all the marbles!

Spawned in darkness, trained in secret, brewed in a bollock, Anti Tank Girl is the worst nemesis Tank Girl has ever been pitted agains!

A towering edifice of pink blondeness, she emits uncontrollable rays of rainbows, love and ponies wherever she goes – and is out to replace Tank Girl for good! There’s no way that Tank Girl and her gang of misfits are going to stand for THAT.

It’s the ultimate battle for women’s suffrage in the slam-bang, riotously unexpected conclusion to the most insane Tank Girl adventure yet!