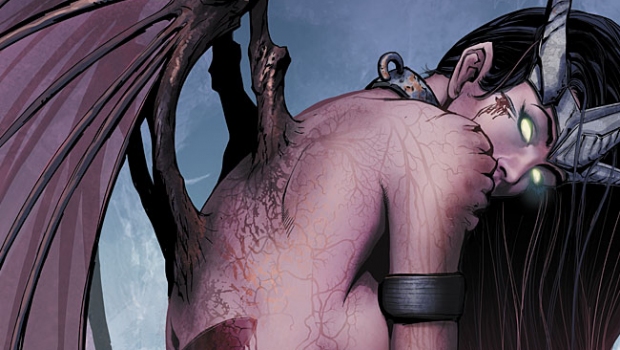 Malikai and his friends attempt to survive and defeat the onslaught of a deadly horde of destructive dragons. Meanwhile, the magical races of the Everlands might have to resort to the unthinkable in order to defeat them‹the fusing of magicŠwith technology!

From veteran SOULFIRE scribe J.T. Krul, and featuring the amazing art of Michael DeBalfo along with fan favorite colorist Nei Ruffino, this is the SOULFIRE tale three volumes in the making! New and returning fans will NOT want to miss out as the biggest SOULFIRE story ever told continues right here!