C4S with a preview to Preview: Space Women Beyond the Stratosphere Collected Edition – Comics for Sinners
Previews 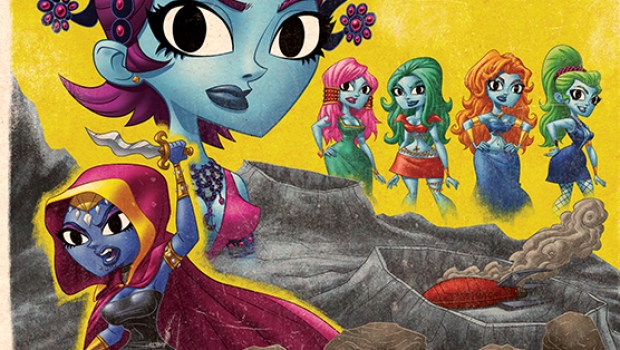 Bluewater Productions has provided C4S with a preview to Space Women Beyond the Stratosphere Collected Edition, in stores June 4, 2014.

Inspired by the sci-fi cult films of the 1950’s comes a brand new space-tastic adventure. A bunch of scientists decide to take flight to the moon and discover a race of alien women ruled by a fierce and sadistic queen.