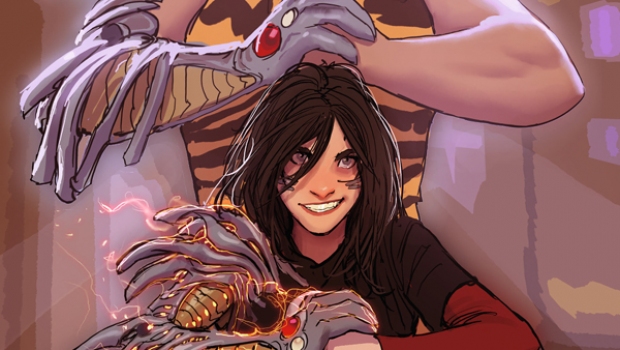 Top Cow has provided C4S with the debuting issue to the first volume of Switch #1, in stores Oct 14th, 2015.

After millions of views on DeviantArt, this popular web comic finally gets its own series. A teenage girl gets a mighty artifact that grants her immense powers…the catch? It’s a bit haunted! This self-contained “universe” includes Artifacts and characters from other series (with permission!) in a delectably STJEPAN SEJIC fashion!