C4S with the debuting issue to the first v..." /> Preview: Switch #3 – Comics for Sinners
Previews 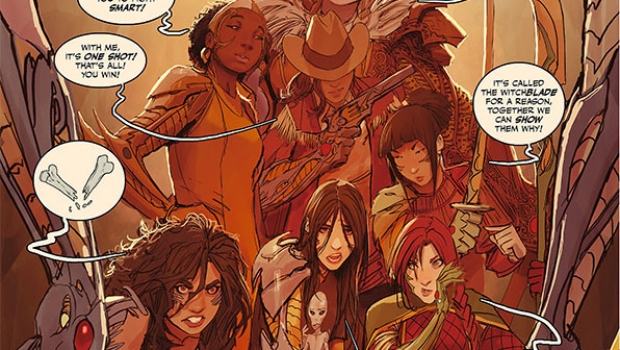 When teenager Mary gets the Witchblade, the plans of Sonatine, Sabine, and Kenneth Irons are disrupted. Emissaries of the Darkness and the Angelus pressure Mary to side with them and her decision causes hilarity and awesomeness to follow in Sejic-style!