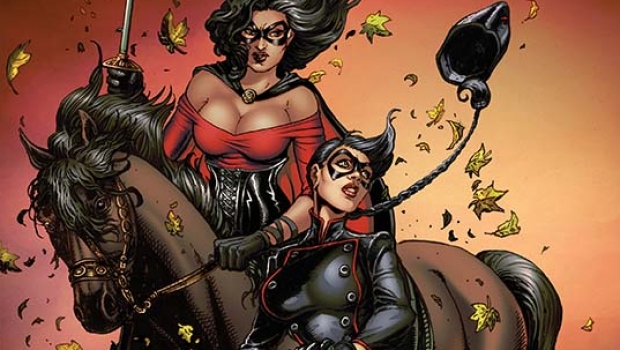 Dynamite Ent. has provided C4S with a preview to Swords of Sorrow: Black Sparrow / Lady Zorro Special, in stores June 24, 2015.

A team-up set up by SWORDS OF SORROW’s Gail Simone, featuring the writer that she hand-picked: Erica Schultz!

Lady Zorro and The Black Sparrow, two women from different times, join forces to fight Prince Charming’s Shards of Chaos in a prehistoric land. With their Swords of Sorrow, they fight to keep an ancient stone with mystical abilities out of the Prince’s grasp.