C4S with a preview to Preview: The Four Points #3 - Comics for Sinners
Previews 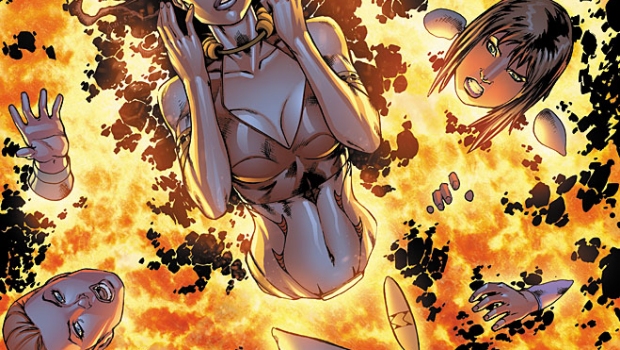 Deadly secrets are exposed, as Gia’s origin finally comes to light and the true history of her “powers” are disclosed! Yet, the most shocking truth will reveal itself as the ladies investigate an international weapons manufacturer, and learn—perhaps too late—that they may be in far over their heads!