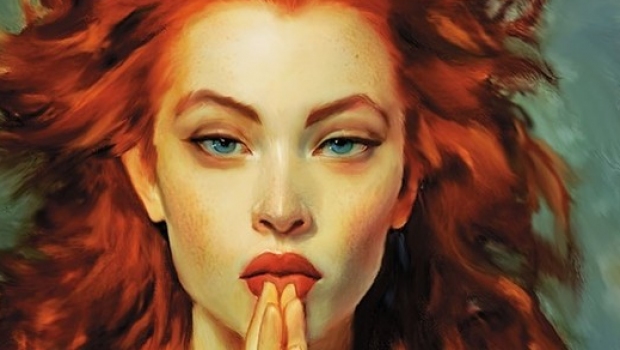 A dream come true, as finally the world of ARIA is coming back into comics. The series from Brain Haberlin and Brian Holguin featured the fantastic and fantasy-adventures of Lady Kildare and her myriad of mythical, legendary and fantastical friends and enemies. With artists like Jay Anacleto and David Yardin this series was an instant fan-favorite and cult-classic and C4S is relieved to see its characters return! Make sure to check “Aria Heavenly Creatures (oneshot)“ in Feb-2021! And make sure THE MARKED #8 is also in your hands, cause that is where Kildare first popped up again!

Strange and mythic creatures are appearing in our reality, causing chaos. But why is it happening, and how do we stop it? Join The Marked and the cast of ARIA in this truly magical crossover!

This issue will have three covers. Cover C is a virgin variant of Cover A.

Make sure to check “Aria Heavenly Creatures (oneshot)” in Feb-2021!